“This book reveals the tragedy of the HPV vaccine scandal.” 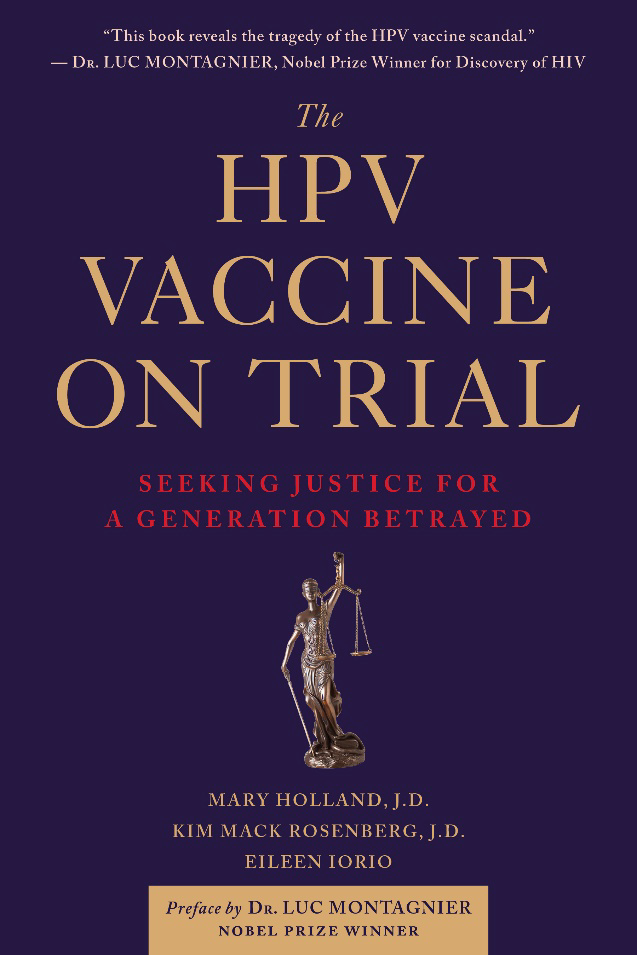 The HPV Vaccine on Trial: Seeking Justice for a Generation Betrayed paints a devastating picture of corporate and government conflicts of interest, negligence, and malfeasance in approving and promoting human papillomavirus (HPV) vaccines, touted to prevent cervical and other cancers. Coming out on the heels of recent New York Times revelations about astounding financial conflicts of interest at Memorial Sloan-Kettering Cancer Center, this groundbreaking book highlights the lack of transparency, manipulated science, and abuse of state power to market this medical juggernaut, already raking in over $2.5 billion per year.

• HPV vaccines have never been proven to prevent cancer of any kind.

• HPV vaccine inventor Ian Frazer acknowledges that “[C]ervical cancer screening if used and promoted effectively would be almost entirely able to prevent” cervical cancer deaths in countries like the US and Australia, without HPV vaccines.

• The clinical trials never investigated the vaccine’s possible effects on human fertility or potential to cause cancer.

• The clinical trials show that the vaccines can backfire and contribute to HPV lesions, and potentially cancer, in some women. Despite this, neither the manufacturers nor government agencies recommend prescreening to eliminate those with clear risk factors.

• Although the vaccine is targeted for 11-12-year-old children, only a small fraction of clinical trial subjects was in this age range.

• Lawsuits against HPV vaccine manufacturers and government health agencies are progressing around the world, including the US, India, Japan, Colombia, Spain, and France.

• The US government earns millions in royalties from Merck and GSK, the vaccine manufacturers, for its role in the invention of HPV vaccine technology.

• Although the US government proclaims HPV vaccines safe and effective, it has paid out millions of dollars to compensate families for death, brain injury, multiple sclerosis, ulcerative colitis, and other severe, debilitating conditions.

With praise from some of the world’s leading scientists on aluminum, autoimmunity, and vaccines, this book fills a critical void, giving people information they need to make commonsense decisions about this vaccine.

Written in plain language, The HPV Vaccine on Trial ultimately is about how industry, government, and medical authorities may be putting children in harm’s way.

Mary Holland, M.A., J.D., is on the faculty at NYU School of Law, directs its Graduate Lawyering Program, and lives in New York City.

Kim Mack Rosenberg, J.D., is a lawyer in private practice and lives in New York City.

Eileen Iorio has practiced in the financial and health fields and lives outside New York City.

The HPV Vaccine on Trial: Seeking Justice for a Generation Betrayed