The Sixth Extinction: Vaccine Immunity and Measles Mutants in a Virgin Soil

Measles is more severe in infants under one year of age and adults. In the pre-vaccine era the great majority of measles cases occurred in school-age children, with a peak incidence between 4 and 8 years of age, when it is a mild infection for the great majority.

Natural herd immunity operated through what I have termed “permissive constraint” (see Figure 2), so that it occurred within that time period when it was least harmful. Among the reasons for this permissive constraint were the facts that a single exposure to measles in childhood led to life-long immunity and thus protection against measles in adulthood, and infants were protected by passive transplacental and breast milk immunity from mothers who had themselves experienced natural measles. 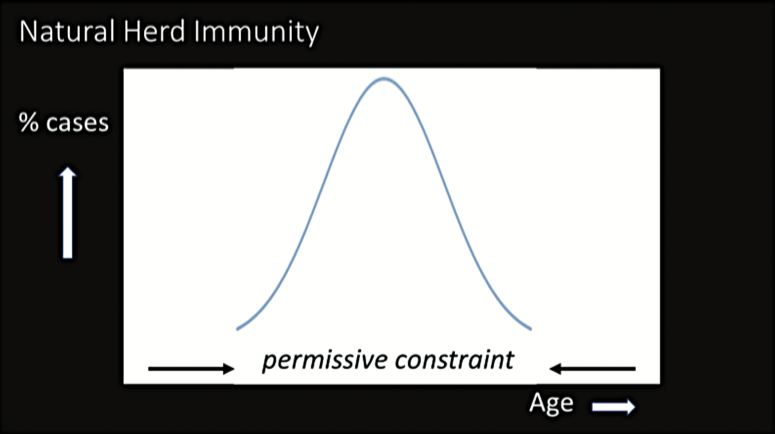 Figure 3, [top of post] prepared from data in McKeown’s Modern Rise of Population,3 shows the trend in measles mortality in the UK over the last 120 years or so and is applicable to any industrialized country over this period. Measles was a major killer of children in the UK until 1920, with a mortality of 1,200 per million children during biannual epidemics. Then there was a precipitous fall in case fatality rate, with at least a 95% reduction rate before the introduction of the vaccine. This decrease in case fatality rate occurred well before the introduction of antibiotics to treat secondary bacterial pneumonias, to which patients often succumbed. This trend had nothing to do with medicine or public health but was largely the result of natural herd immunity operating over 100 years as measles had rapidly become a progressively milder disease. Why measles is milder in children than at other ages, while not the subject of this paper, is due in part to the interrelatedness of factors such as age, dose of exposure, immune system maturation, and nutritional status. The fact is, that natural herd immunity achieved a dramatic improvement in the outcome from measles infection in a short space of time, and left to its own devices, may well have reduced mortality and morbidity to rarities by now. This is the benchmark against which the benefits of measles vaccines must be measured.”