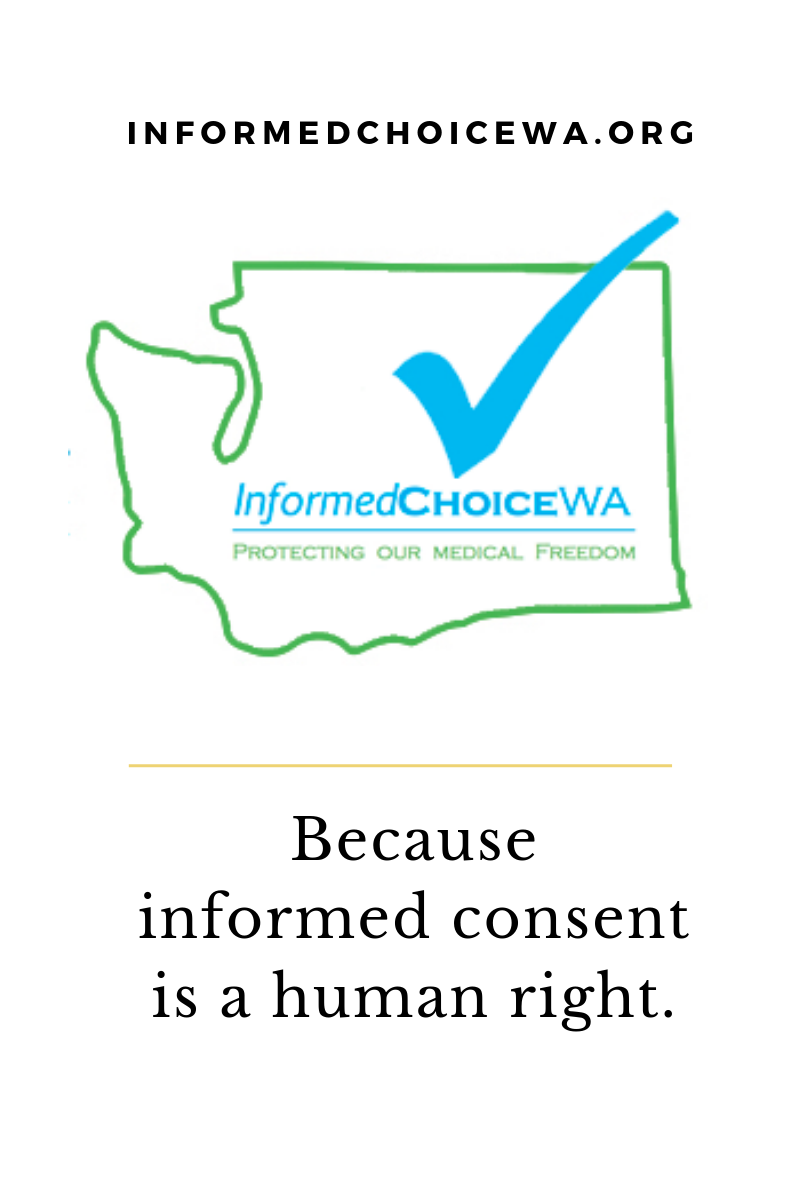 NOTE: This post was first published Jun 1, 2019. Medical agencies and the WA DOH are now adding the unsafe and ineffective COVID shots to their routine unethical marketing campaigns in the attempt slip it into the lineup of shots your doctor says you and your children are due for each year. The same strategies outlined below are in play. If your doctor attempts to integrate COVID shots into your routine care, ICWA recommends you fire him or her, and provide them with data on the shots as you walk out the door.

Ten years ago, JAMA published Doug Opel et al’s  Social Marketing as a Strategy to Increase Immunization Rates. The paper discusses a new social marketing campaign just beginning by Washington State’s Department of Health (DOH) to increase vaccination rates from birth to 24 months. If you live in WA and noticed increased pressure to vaccinate, you might have been experiencing your tax dollars at work. The public-private partnership that has evolved between Public Health and the Pharmaceutical Industry is a goldmine–for Pharma. Taxpayers foot much of the bill for the intense marketing campaigns, for the salaries and infrastructure of those employed by the state who work in some capacity or other purchasing, promoting, distributing, and tracking vaccine uptake (not a penny on tracking injuries or protecting those susceptible to injury) — and Pharma rakes in the profits.

There is not a single word in the article about the actual vaccine products on the market Opel is peddling. Nothing about limited effectiveness, rapid waning, known risks, or contraindications. Nothing about individual susceptibility to vaccine injury. But then, this article does not pretend to tell the truth about vaccines or their administration. Its goal is to try to convince readers that coercion is not coercion. Opel et al state:

“The appeals to emotion that are often made by a social marketing campaign’s promotional strategy may leave some feeling that social marketing is coercive. And while coercion may not be all that bad—many argue that coercion is justifiable in vaccination programs when others are placed at substantial risk of serious harm or generally to control behaviors that are not only harmful but simply wrong—we would argue that social marketing is not coercive. Coercion requires that one’s choices are unfavorably narrowed using threats, force, or other forms of compulsion in another’s attempt to make that person do something he or she would not otherwise do. Social marketing does not narrow the options of its target audience; it offers new ones, and offers are not generally considered to be coercive.” (emphasis added)

Huh? Others are placed at substantial risk of serious harm? Only in the absence of accurate data on product capability can such inaccurate statements be made. Herd immunity requires vaccines to prevent transmission and not wane away. And isn’t the threat of being banned from daycare or school unfavorable?

Absent from the “presumptive” method is any discussion of the superior breadth and durability of naturally acquired immunity, the longterm benefits of some childhood illness (such as protection against certain cancers), nutritional support to ensure infection resilience and reduce risk of severe disease, alternative prevention methods which, depending on the infection, can range from gargling with hydrogen peroxide to avoiding certain behaviors that increase risk of exposure. Also missing are the safe, effective, and inexpensive early treatment protocols.

In the midst of Opel’s opus, his attempt to disprove public opinion that vaccines can cause autism does just the opposite.  He does not understand that autism is defined and diagnosed on the basis of behavioral features.  He doesn’t understand that autism is a set a behavioral  features with many underlying causes. For many, autism is the set of behaviors that appear after a brain injury. Opel et al state:

“For example, the parents of Hannah Poling sued the Department of Health and Human Services under the Vaccine Injury Compensation Program when she exhibited behavioral features seen in autism after receiving immunizations at 19 months of age. The court awarded compensation for a possible vaccine-related injury and, in doing so, appeared to strengthen the claim that vaccines cause autism despite the fact that Hannah’s autistic features were likely attributable to encephalopathy due to a mitochondrial enzyme defect and in the face of overwhelming scientific evidence that refutes any causal link between immunizations and autism.”

Yes, Dr. Opel. Yes, little Hannah did exhibit behavioral features seen in autism after receiving immunizations. And so have many millions of children around the world. Only most of those parents did not make it to vaccine court. Most of those parents were told that their child’s high-pitched inconsolable crying following vaccination was normal, that their child’s regression was a coincidence. But it’s not normal, Dr. Opel, or a coincidence. It’s encephalopathy–an undisputed injury listed on the Federal Vaccine Injury Table.  An injury which those with mitochondrial impairment are at increased risk of experiencing. It’s iatrogenic injury.

And HHS has known it for a long time. In fact, Hannah Poling’s iatrogenic autism caused such a panic at HHS, it appears the Department of Justice attorneys committed fraud to get 5,400 cases of autism thrown out of vaccine court.

The truth is now emerging. Despite the coercive marketing campaigns and the denial and censorship of vaccine facts, the truth is being spoken and being heard. Biological mechanisms of injury are being discovered — and yes, there are more than one, and yes, there are far more injuries than autism.  As is typical with government undertakings, a lot of money and effort and lives will yet be wasted as health agencies from the HHS down to the county level blindly and tragically push against the rising tide of awareness. But they will ultimately fail and change will come.  And let’s hope among the lessons our Public Health agencies learn is that it is dangerous and unethical to use social marketing coercion to push pharmaceutical products–or control its citizens.