Worldwide concern is growing about the risks of HPV vaccines. Severe adverse events continue to be reported, and it is not yet known what impact vaccination will have on cancer rates. In the U.S. the only currently available HPV vaccine is Merck’s Gardasil, and Merck is currently on trial for fraud regarding the clinical trials of the vaccine.

When first introduced in 2006, HPV vaccines were licensed for girls aged 9 – 26, with recommendations targeting 11-12 year olds. Since then, the license and recommendations have expanded to include boys, and now even adults up to the age of 45, in the absence of effectiveness or safety data.
At the HPV Summit, Mary Holland and Kim Mack Rosenberg, two of the three authors of the deeply researched book HPV VACCINE ON TRIAL: Seeking Justice for a Generation Betrayed  joined Emily Tarsell, who lost her daughter, Christina, to a Gardasil injury. The final judgement of the National Vaccine Injury Compensation Program court ruled: “Ultimately, because of the finding that Christina began to experience arrhythmia after her HPV vaccination, Ms. Tarsell has presented preponderant evidence of a logical sequence of cause and effect, connecting the HPV vaccination to the ensuing arrhythmia.”
Informed Choice WA recognizes that individuals should always be the ones with the power and in the position to make medical decisions.

On April 27 in Kirkland, WA and April 28 in Spokane, Informed Choice Washington presented The HPV Summit

Recordings of the Kirkland event are below.

About the book from the publisher: 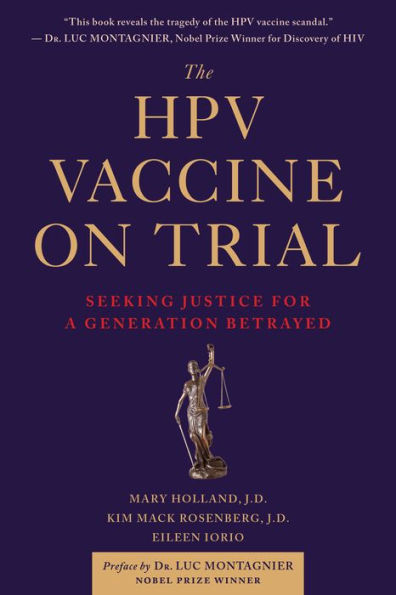 A Groundbreaking Guide to the HPV Vaccine and the Science, Safety, and Business Behind It

Cancer strikes fear in people’s hearts around globe. So the appearance of a vaccine to prevent cancer–as we are assured the human papillomavirus (HPV) vaccine will–seemed like a game-changer. Since 2006, over eighty countries have approved the vaccine, with glowing endorsements from the world’s foremost medical authorities. Bringing in over $2.5 billion in annual sales, the HPV vaccine is a pharmaceutical juggernaut. Yet scandal now engulfs it worldwide.

The HPV Vaccine on Trial is a shocking tale, chronicling the global efforts to sell and compel this alleged miracle. The book opens with the vaccine’s invention, winds through its regulatory labyrinths, details the crushing denial and dismissal of reported harms and deaths, and uncovers the enormous profits pharma and inventors have reaped. Authors Holland, Mack Rosenberg, and Iorio drill down into the clinical trial data, government approvals, advertising, and personal accounts of egregious injuries that have followed in countries as far-flung as Japan, Australia, Colombia, India, Ireland, the U.K. and Denmark. The authors have written an unprecedented exposé about this vaunted vaccine.

Written in plain language, the book is for everyone concerned – parents, patients, doctors, nurses, scientists, healthcare organizations, government officials, and schools. Ultimately, this book is not just about the HPV vaccine, but about how industry, government, and medical authorities may be putting the world’s children in harm’s way.