A WA Board of Health (BOH) Technical Advisory Group (TAG) has been assembled to review COVID-19 shots in order for them to make a recommendation to the BOH about a possible COVID-19 shot requirement for school. On February 10 in a Zoom meeting that was streamed to TVW and CHD.TV, the TAG members were presented with information regarding two of the nine criteria they will be considering.

(The next two TAG meetings will be February 17 and February 24th. Details will be posted HERE.)

What happens when 18 individuals who have faith in public health are given three hours of presentations then asked to vote on two narrow questions?

Bias overwhelms judgment. To give them credit, at the opening of the meeting, each TAG member expressed various sentiments that indicated they earnestly wanted to listen, to learn, and to make informed votes.

But as one-by-one they gave brief background information, they all revealed they either worked in public health or in public schools or with a public outreach organization strongly tied with public health, even the consumer and parent representatives (see list of associations/positions below). A review of their publicly available information shows them to be faithful followers of the state’s and CDC’s response to COVID, including vaccination. Their sincerity for wanting to do the right think is not doubted, but they are like fish unaware they are swimming in water because that’s all they’ve ever known and they just can’t see it.

All of the presenters either work in or with public health. Public health, as we have been reporting for years, is in partnership with the drug industry, and throughout COVID, with Bill Gates and the global entities pushing vaccination, passports, and the “Great Reset.” A conspiracy of greed disguised by a conspiracy of good.

There are no doctors, nurses, scientists, or even parents on the TAG representing those with opposing views or concerns. Nobody brought up issues such as addressing underlying susceptibilities and nutritional deficiencies in hard hit populations, early treatment protocols, unprecedented numbers of VAERS reports or breakthrough cases leading to hospitalization and death. Nobody mentioned the 99.99% full recovery rate of children or the 140+ studies showing the durability and superior protection of natural immunity. Certainly nobody mentioned the alarming data being revealed in the Pfizer data attained via FOIA, or the DOD data showing shocking rises in serious health problems, or Dr. Robert Malone, Dr. Peter McCullough, Dr. Pierre Kory, or Senator Johnson’s recent Second Opinion roundtable.

The materials provided to the members can be found here: https://sboh.wa.gov/Meetings/MeetingInformation/2022/Feb10TAGMeeting

There are 18 members, but one member arrived after all the presentations ended. Only 17 members voted. From the BOH’s recap of the meeting (emphasis and numbers added).

Criteria 5 is under the category criteria of disease burden. Members discussed whether the vaccine containing the antigen prevents disease(s) that has significant morbidity and/or mortality in at least some sub-set of the population. The TAG members voted that the criterion was met. [17 “yes”, 0 “no”, 0 “unsure”.]

Criteria 6 is under the category criteria of disease burden. Members discussed if vaccinating against the disease reduces the risk of person-to-person transmission, with transmission in a school or childcare setting or activity being given the highest priority. A majority of TAG members voted that the criterion was met, but some members indicated uncertainty and noted that more evidence was needed. [12 “yes”, 1 “no”, 4 “unsure”.

There was very little discussion before the vote. There was interest in getting more information on second-hand transmission from school children to adults — and zero understanding that children should never, ever be used as human shields.

The information was mostly presented in a biased fashion meant to instill fear. For instance, one presenter showed a slide of COVID outbreaks in WA schools, and a bullet-point said: “50% of the COVID-19 outbreaks in K-12 schools involved 4 individuals or more”. What? So half the outbreaks had 3, 2, or maybe even just one case? Since when does an “outbreak” consist of less than 4 children? What percentage of children being diagnosed with any illness in a school is required for an “outbreak” to be declared? 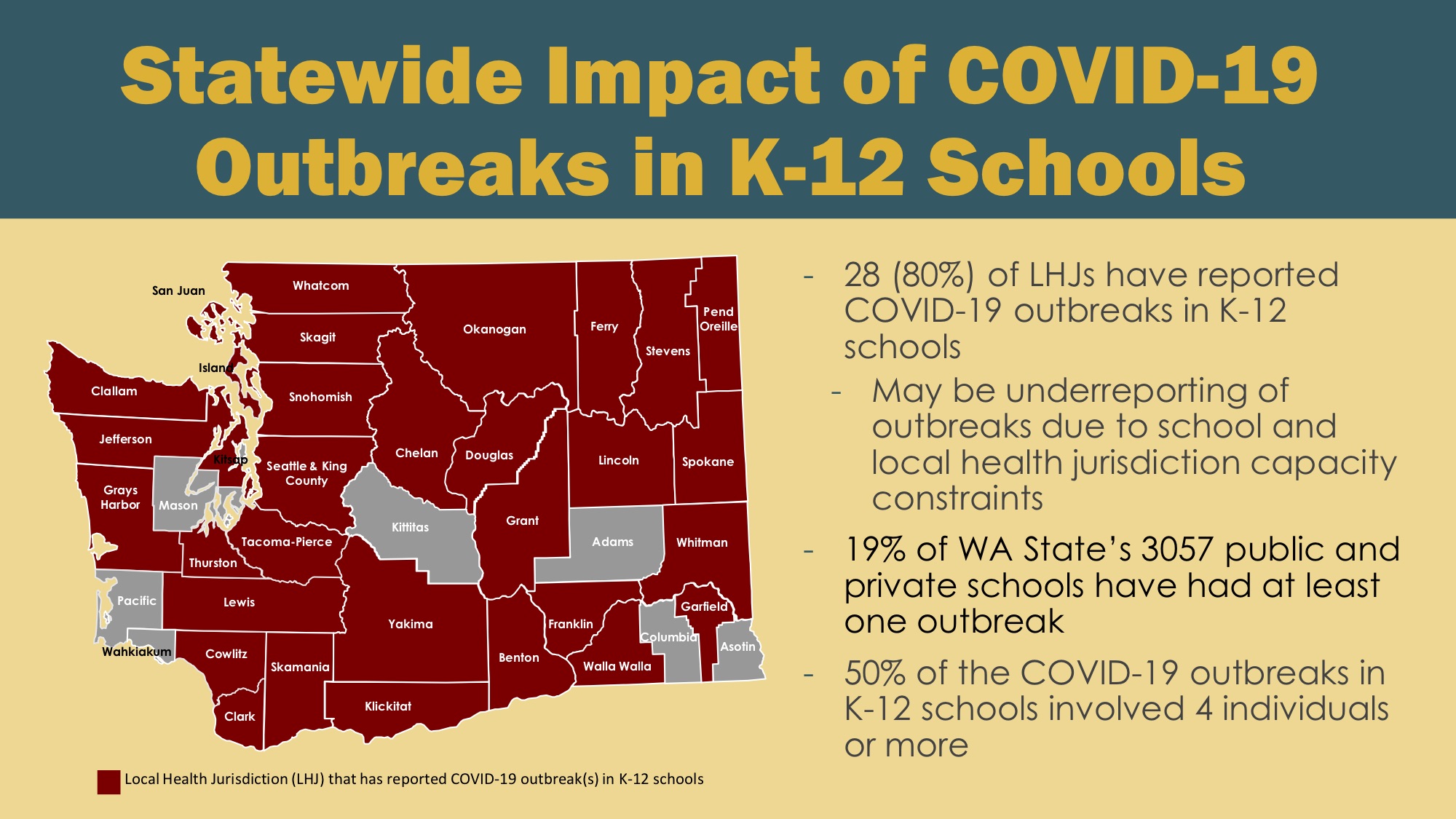 Do the COVID shots prevent disease? Ever? It might be argued that for a limited number individuals for a limited amount of time, the shots prevent some symptoms of the targeted infection (finding trustworthy data is challenging). But since the TAG ultimately would be deciding if they would recommend the BOH add COVID shots to school requirement, it made no sense to answer the question without context. Clearly, it makes no sense to require kids get an experimental shot that wanes within months and that doesn’t prevent severe disease or death. In the bigger picture of the shot capabilities, the answer is no. The shots do not prevent disease. Children and adults who are vaccinated are having breakthrough cases, they are being hospitalized, they are being injured by the vaccine, and they are dying.

None of the presenters bothered to explain that the current shots are coded to generate a spike protein no longer circulating.

Do the COVID shots prevent transmission. Absolutely not. Do they reduce transmission? Possibly, for a short time, in some limited situations? Again, good data is just not out there for these sort of questions. Even the presenters explained there really wasn’t enough data yet, especially in school settings. But again–in the context of the TAG moving toward recommending the shots for school, the data was very clear the shots do not prevent transmission in any meaningful way. Any short-lived slight reduction in transmission capability, if it exists, would not be enough to hang a mandate on.

The presenters admitted they had no idea what the future would hold, what variants might emerge, and whether the shots would help with new variants. So why are they even considering school mandates? 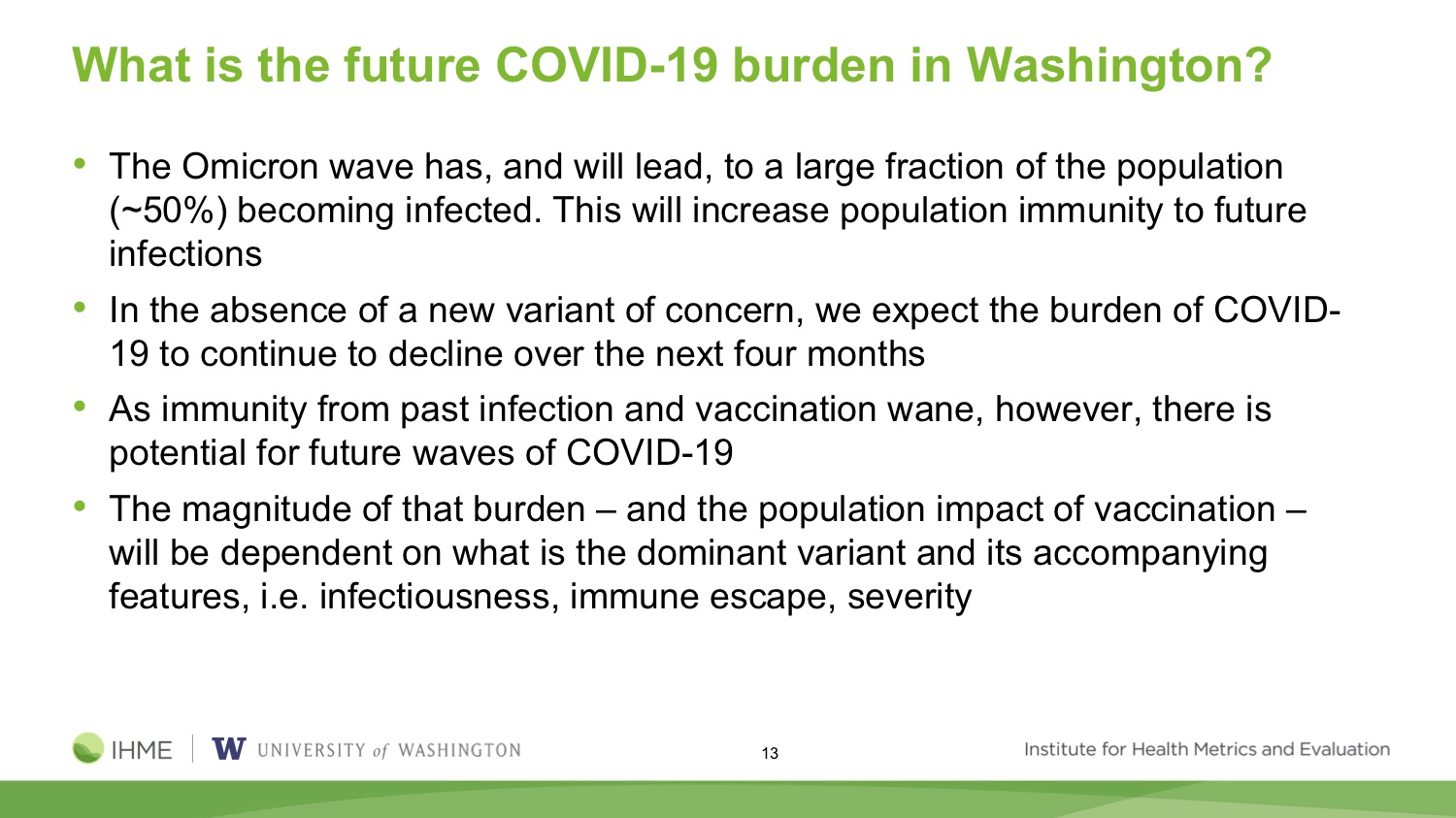 Dr. Pendergrass, a BOH member and also a voting TAG member reviewed the votes. He said the group members had provided comments with their votes, but those were not shared in full with the public. Did members say that context was necessary to explain their vote? Did they feel uncomfortable with their votes? Was the information they reviewed new to them? It was all familiar to ICWA members who follow the science closely and who know enough to have been infuriated at times by the presentations and baffled by the votes.

But Dr. Pendergrass said they’d assembled the TAG now because rule-making for adding new vaccines to the school schedule was such a lengthy process, he wanted to get started now, so when all the results were in, when the licensing happened, the BOH could make a quick vote.

A quick vote based on a recommendation made with poor, missing, and incomplete data? Recommendations coming from a group that is 100% biased toward vaccine acceptance? That is being misled about the danger of COVID in children, and misled about the short term and long term risks of the shots? That’s not science, and that’s not in the best interest of public health, or the best interest of our children.

The next two TAG meetings will be February 17 and February 24th. Details will be posted HERE. 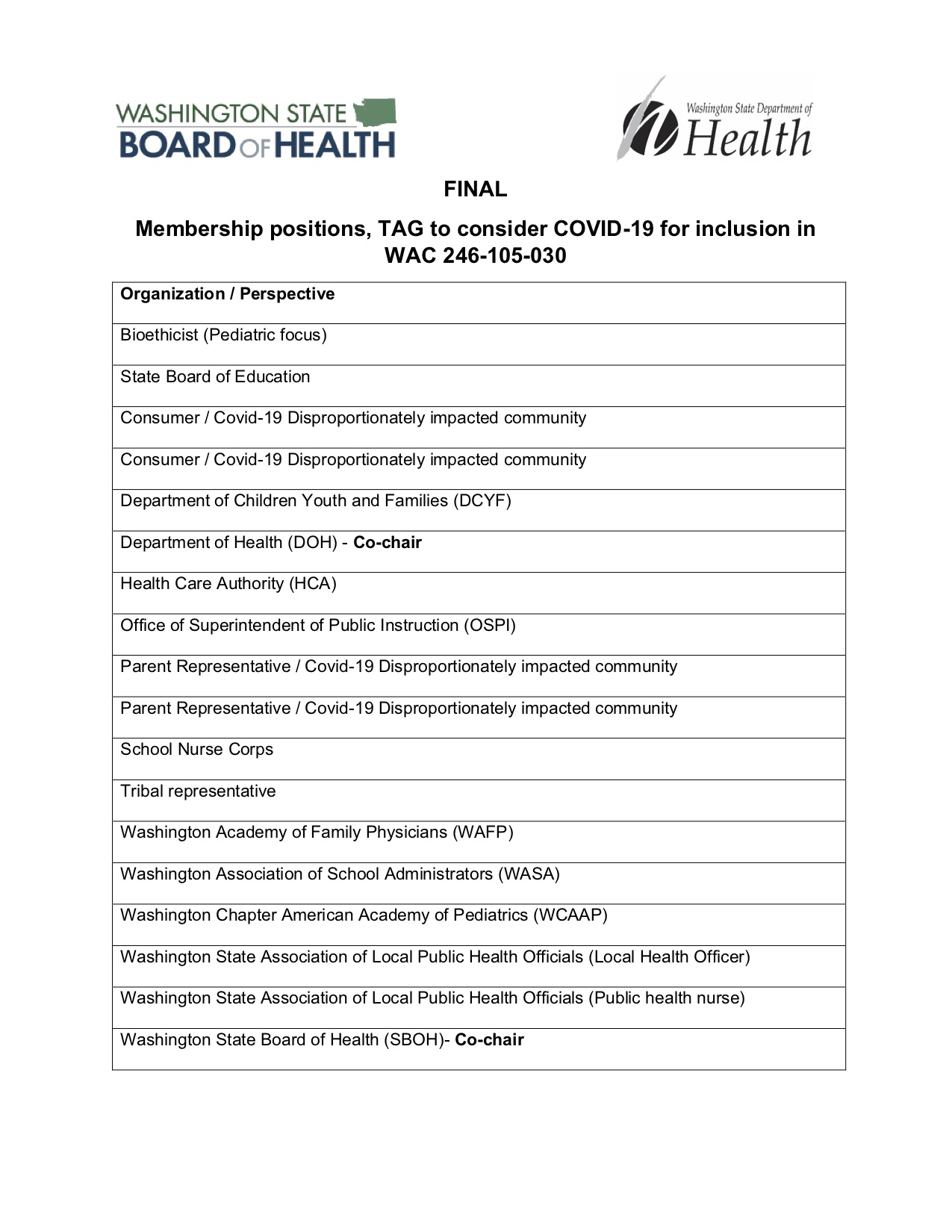