This week the FDA granted Emergency Use Authorization to Pfizer and Moderna COVID-19 shots for American’s most innocent — babies as young as 6 months old, toddlers, and young children. And then the CDC’s advisory committee ACIP voted to recommend the shots to those age groups.

To avoid adequately testing the shots, the drug companies performed minimal, underpowered studies and “immunobridging” — which guesstimates that one population will have similar reactions as other populations. So they guessed that infants, toddlers and children up to age 5 will fair as well with the shots as older children and adults.

How well are older children and adults who got the shots fairing? 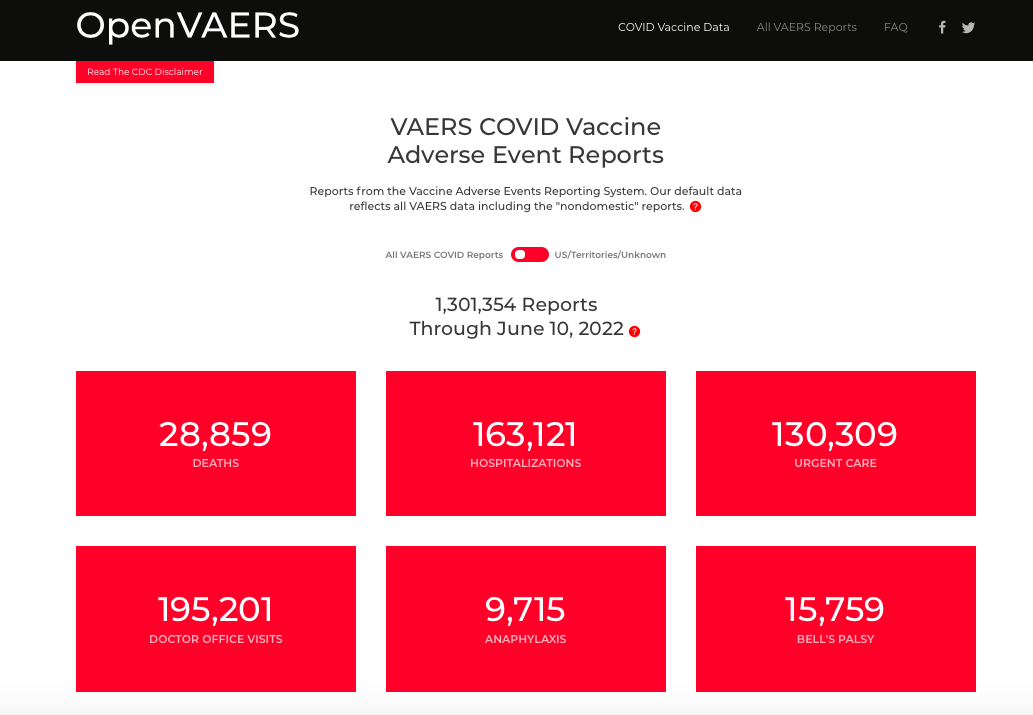 The FDA and CDC committees were repeatedly told by Pfizer and Moderna that more data will be coming in as the shots are rolled out to toddlers and babies. That data will come from the children of unsuspecting parents who trust the CDC and their pediatrician and the “safe and effective” marketing mantra lie.

The FDA and CDC decisions to authorize and now aggressively market the shots to young children are not just unwarranted, history will show them to be criminal. Our children have been sold to the drug industry, which has chosen mRNA technology as the platform for the future of medicine.

By pushing the shots into pregnant women and young children, and by allowing all of the studies to be unblinded before Phase 3 trials are complete, the drug industry and our captured federal agencies aim to eliminate all control groups. With the entire population exposed, injuries can be “normalized.” And with these same players responsible for defining what constitutes a vaccine injury, it is even easier for them to hide the harm.

For all other vaccines CDC recommends to children, there is a “VICP” (Vaccine Injury Compensation Program) federal table that lists acknowledged injuries for which filed claims will be paid without a fight with the “vaccine court.” But Covid shots aren’t covered by that program, they are on the “CICP”, the Countermeasures Injury Compensation Program. And it even though the shots have been out since December of 2020, a Covid shot vaccine injury table is not yet “fully in development.” Instead, CDC is “working on different positions.”

What does that even mean?

Sounds like they are trying to figure out how to compensate at least some of the injured without admitting that the shots cause a vast array of injuries.

As if the shots alone aren’t dangerous enough, the CDC is also condoning, even encouraging, doctors to co-administer COVID shots to children with other pediatric vaccines. Not a single co-administration study has been done. None. Zero. They admit this. But they say they think it’s safe.

Do they really “think” at all?

What happens when a child’s immune system is triggered by the ingredients from multiple vaccines, including aluminum adjuvants, trace mercury, polysorbate, for example, at the same time they get a dose of a lipid nanoparticle carrying mRNA that instructs their own cells to manufacture spike proteins? Nobody knows.

America’s children are the test subjects.

Any doctor who tells a parent that the shots are safe and effective, and that is it safe for them to be co-administered with other vaccines, is either lying or incompetent, and a danger to children.

We need everyone — EVERYONE — to stand up, to speak out, to distribute the facts, the science, the data, and the fraud, that has weaponized public health.

There is no time to waste.