It’s nice when at least some mainstream news finally vindicates (at least partially) what has been obvious for months. The Wall Street Journal recently came out with an expert op-ed on the mounting evidence that the covid-vaccines are much more risky than the public is being led to believe.

Most mainstream news sources have been refusing to report on the staggering recent increase in reports of death due to vaccines in the CDC’s VAERS system reporting system. This, despite the fact that VAERS is the main tool for the country to track vaccine safety. Usually, the criticism of VAERS reports is that they aren’t reliable because VAERS is essentially a “passive” voluntary reporting system. However, this research team from Queen Mary University analyzed recent VAERS reports in detail and found that the covid-vaccine death reports there are generally reliable, with the large majority even filed by clinical professionals. Applying clinical information and statistical analysis, they found only 14% of the reports not plausible.

VAERS reports of death from covid-vaccine are now at more than 9000 (see openvaers.com/covid-data), and jumped by 2000 in the first week of July alone (apparently due to backlog). The 2010 Harvard study, of course, found that the VAERS system only reports about one in 100 actual adverse events, which implies many, many more than 9000 actual recent deaths due to the covid vaccines. Various other evidence shows similar under-reporting in VAERS.

Excess deaths in the US are now much lower than normal in the oldest two age groups at usmortality.com. This is normal after a bad respiratory virus season, with or without a vaccine, due to the fact that many people who were near death–for any reason–have already died. However, excess deaths among the two youngest age groups are high now, despite the fact that no significant numbers of younger people have been dying from covid-19. In fact, excess deaths have been consistently high in the younger age groups since lockdowns started (probably due to a variety of effects from lockdown), but recently excess mortality is at record levels in the 0-24 age group. (See two attachments for excess deaths in older and younger age groups.) One obvious explanation for the excess deaths in youth is the vaccine itself. The numbers show that the vaccine is more deadly than the natural illness in these age groups (and that’s likely true for older age groups, too, but hard to show because of underreporting to VAERS and unreliable Covid death numbers). 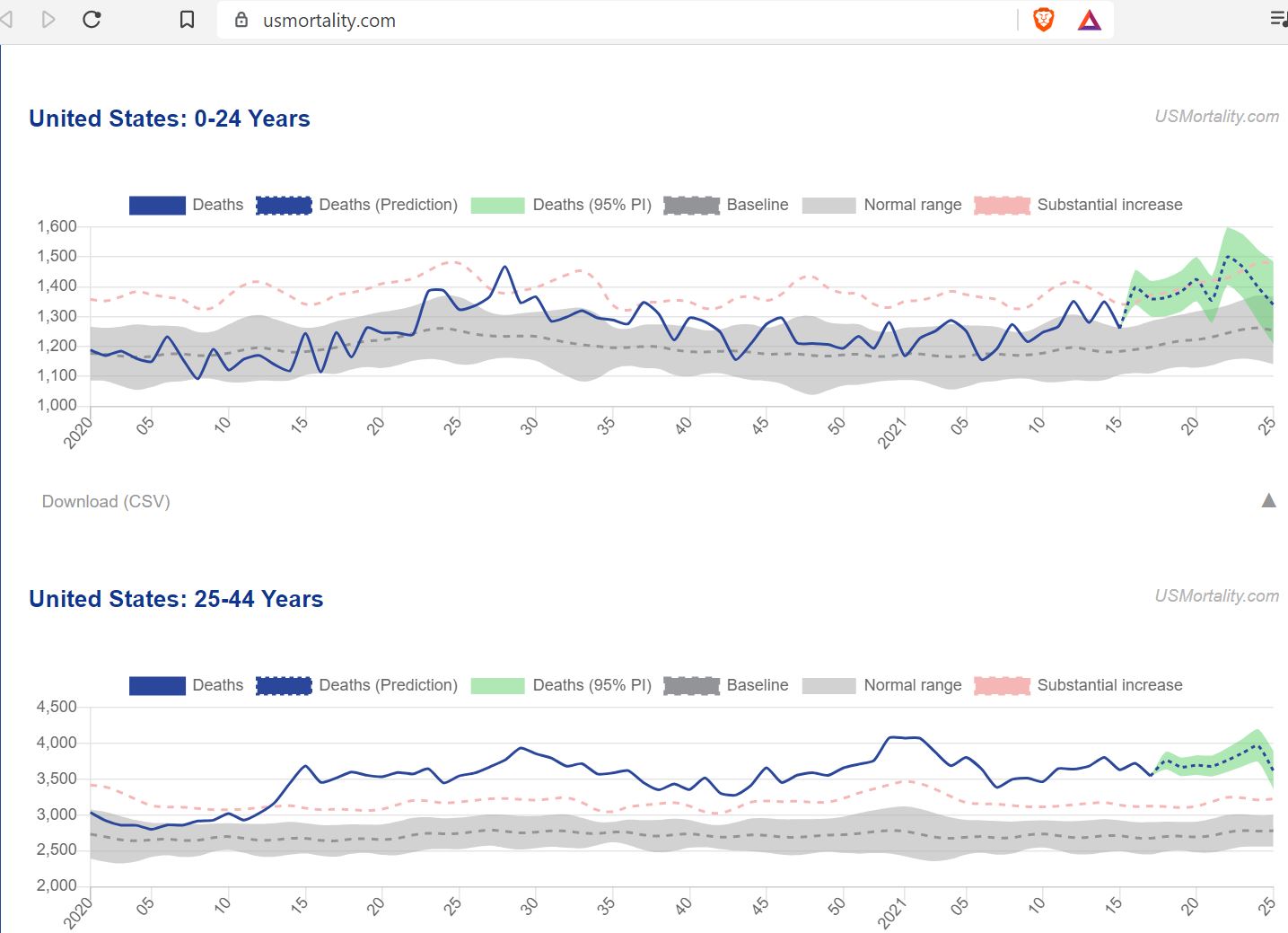 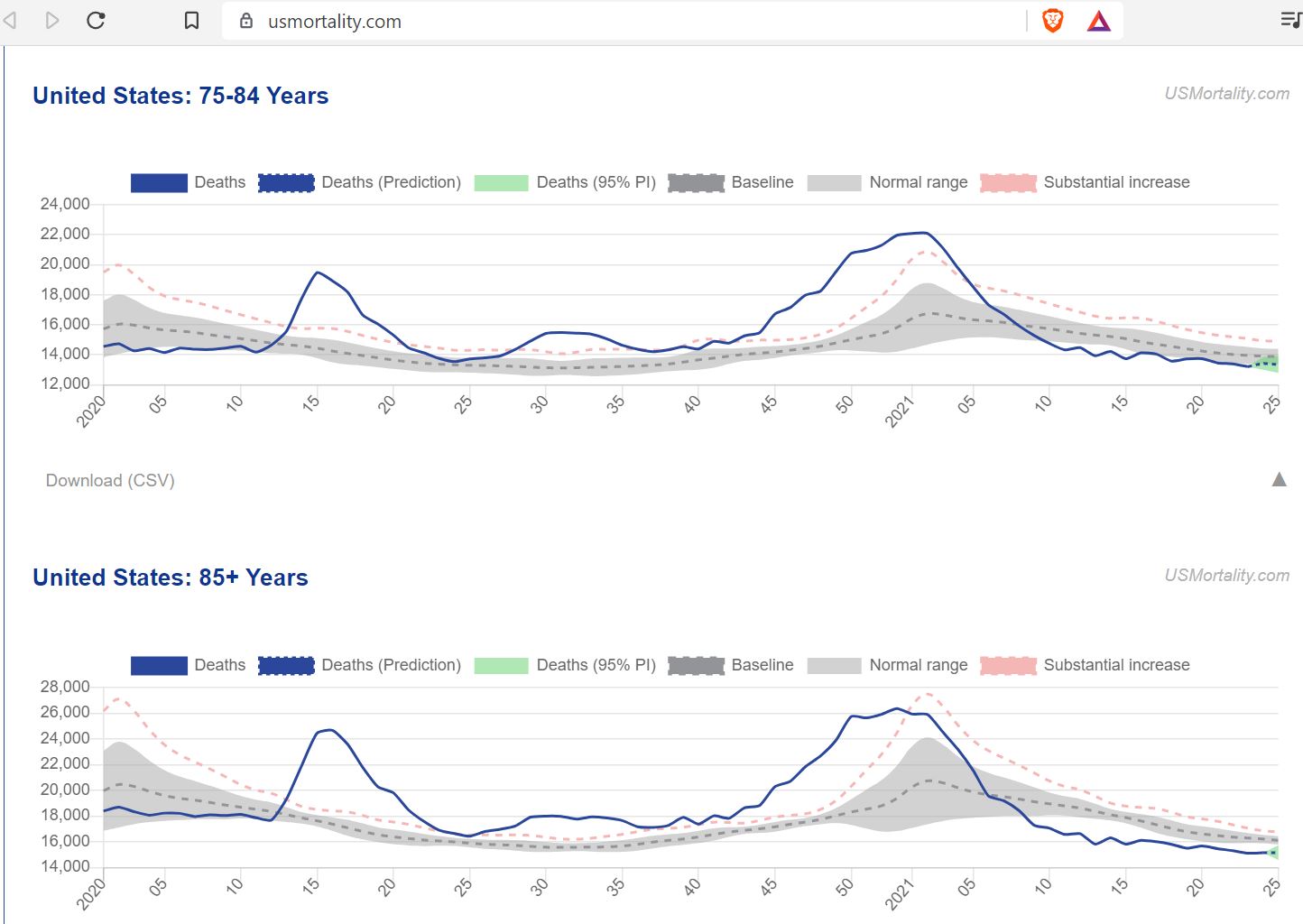 A few more links of interest:

Here’s something insightful: 21 things that rapper Zuby has learned from the pandemic.